When we first began working with The University of Texas at Brownsville, they were partnered with Texas Southmost College. The school faced an array of troubling issues. UTB and TSC had strong competition for target audiences in the Rio Grande Valley. Middle and lower-income households were being aggressively pursued by rival schools at both ends of the learning spectrum. We conducted quantitative research and student focus groups to pinpoint the issues. The research indicated that UTB and TSC suffered from less than positive quality perceptions in the market. The community in general – and prospective students and parents of prospective students specifically – did not understand the level of excellence and benefits of attending UTB/TSC. They also did not understand that this unique partnership with a college allowed easier accessibility than traditional universities.

To enhance the overall image and increase enrollment, we developed a positioning line for the university that acknowledged UTB and TSC’s unique geographic location, and described the school’s open enrollment policy: “Knowledge Knows No Boundaries.” This repositioning dovetailed nicely with our campaign, which was tagged with the simpler “No Boundaries.” The campaign targeted prospective parents, traditional and non-traditional students with the message that the possibilities are limitless with a degree from UTB and TSC.

TV spots in English and Spanish featured actual students, successful graduates, and faculty and staff. Radio was also produced to support the network and cable schedules. A new website was introduced, along with an aggressive outdoor, direct mail, print and internet campaign.

Throughout the campaign, we also developed direct mail postcards as well as e-blasts that were sent to different email lists the university had obtained through college fairs, etc. 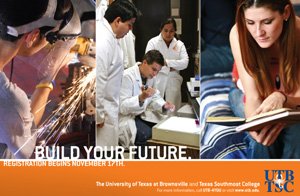 After executing a three-year strategic plan, we conducted follow-up research to determine if the campaign was successful in increasing awareness. The research indicated that there was a 21% increase in the overall positive impression (shifting from 46% in 2008 to 67% in 2011). At the end of the first Fall Registration period, enrollment had jumped 18% over the previous year.

Then, after three years of successful marketing, the partnership between UTB and TSC dissolved. Once again, Anderson was faced with rebranding the University … this time as a stand-alone, new university with a regional focus. However, there were some unique circumstances that would cause considerable confusion in the marketplace. There was going to be a one-year period of transition when all marketing materials had to include separate UTB and TSC identification. By simply separating the school names and focusing on the various degree programs, Anderson was able to build off the current successful campaign. 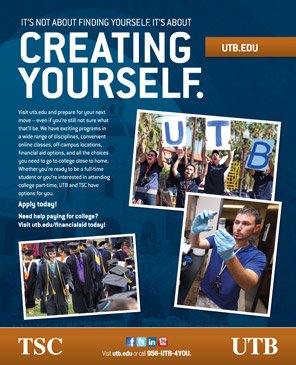 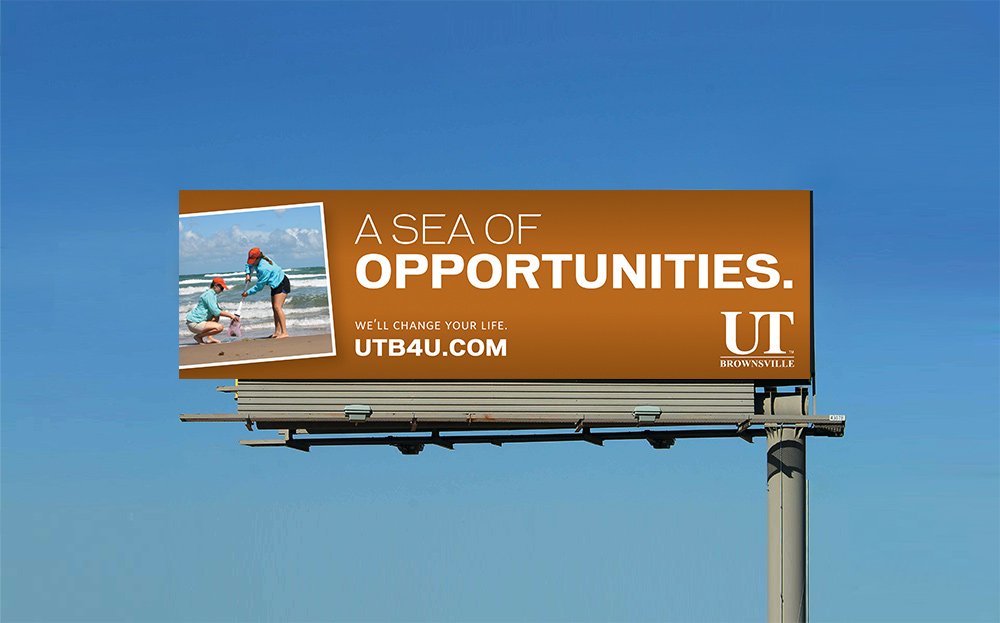 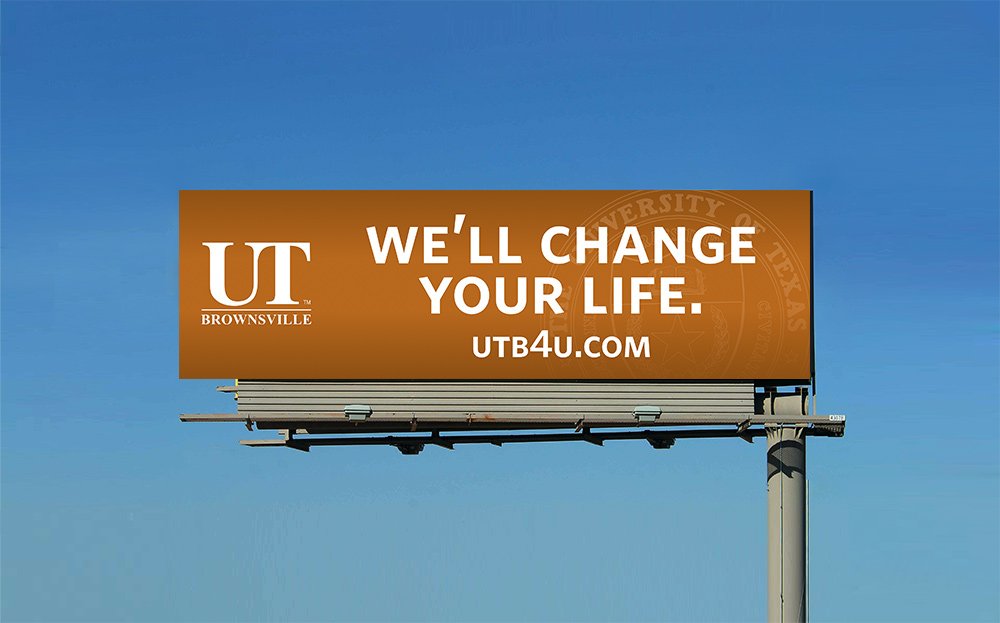 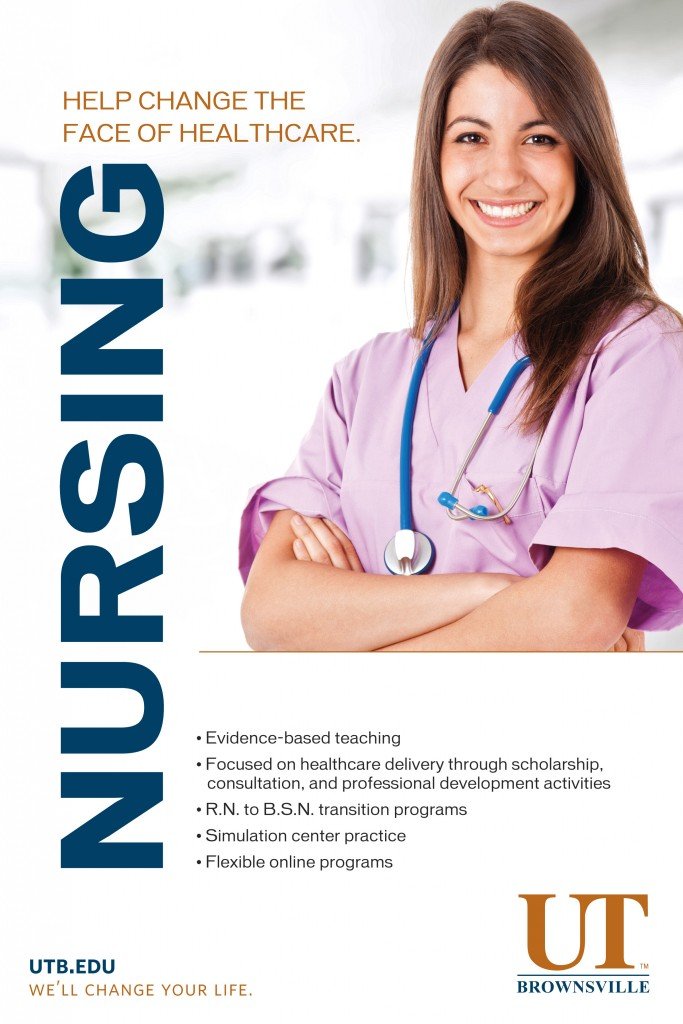 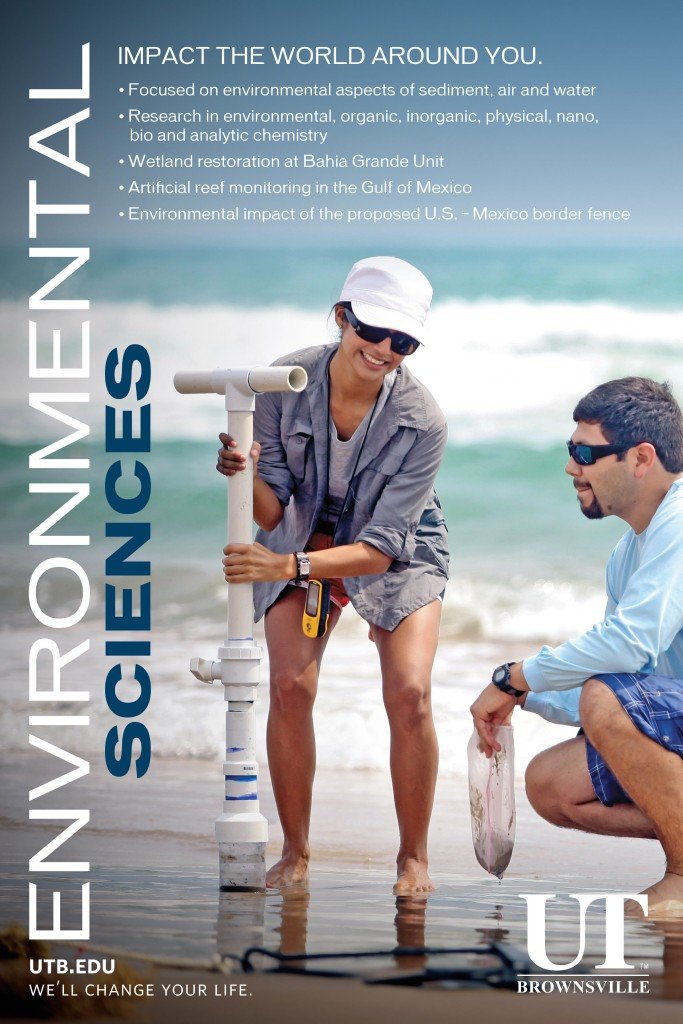 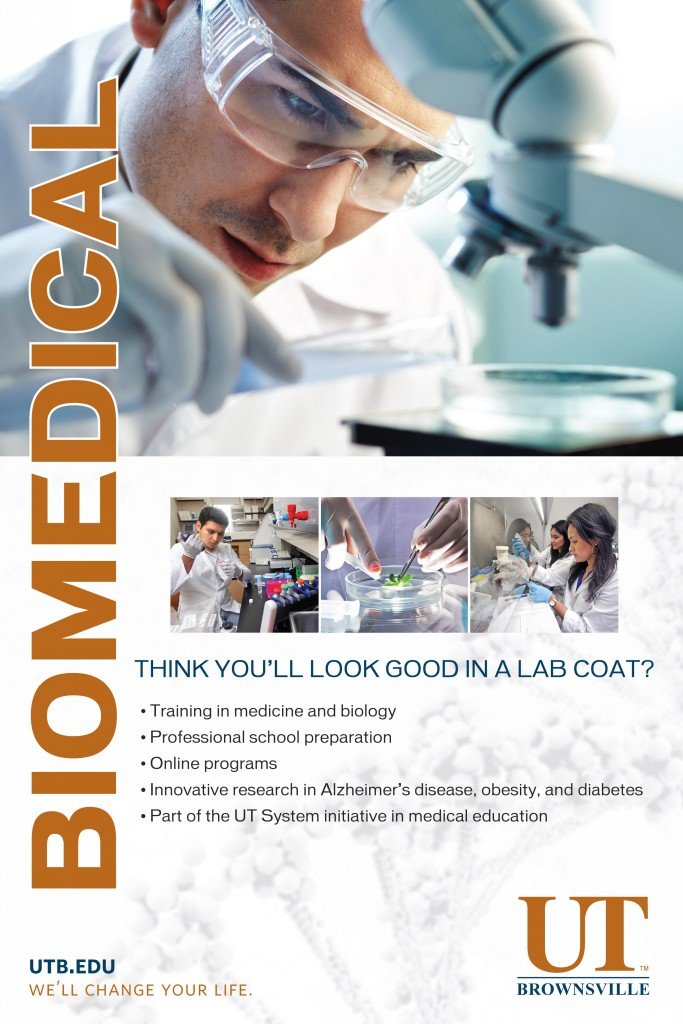