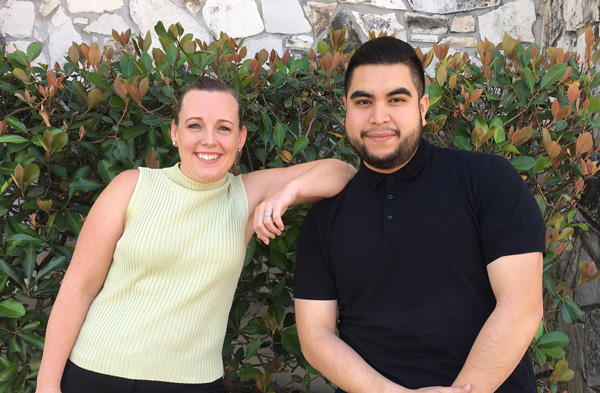 Over the last few months, we’ve added two new members to our AMG family—one in the accounting department and an award-winning Art Director.

Kelly Roark, the newest addition to our accounting department, has a master’s degree in finance and accounting from the University of Phoenix, and has been with AMG since October. Her experience is mostly in accounting for the oil and trucking industries, so this is her first foray into the advertising world.

“Accounting in advertising is so much more different than oil and trucking. I get to see so many more aspects of the business, I get to meet great people, and see all the awesome work that goes out of the company. I absolutely love it,” she says.

Kelly has a husband and three children—a 12-year old, 6-year old, and a 5-year old. We’re very excited to have her on our team!

The newest member of the creative department, Eddie Juarez, was a freelance designer for some time after graduating from the University of the Incarnate Word with a bachelor’s degree in graphic design. But now he’s been drawn into the agency world and began working with us in February.

While at Incarnate Word, Eddie entered three book cover designs into the AAF-San Antonio ADDYs. He took home the gold at the local and district level and is now moving up to national, competing with designers from across the country for a chance at one of the biggest prizes in advertising. He’s “psyched” to be a part of our team, and we can’t wait to see what his fresh perspective can bring to our business and creative team. 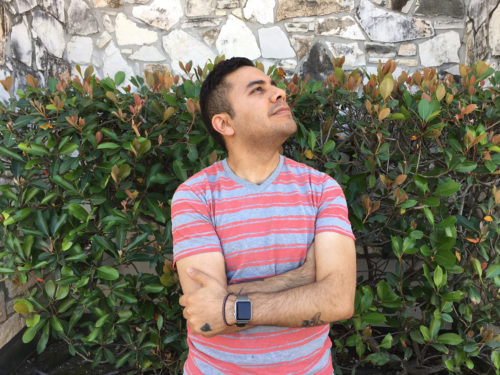 And last but certainly not least, Nick Rivas has recently been promoted to Art Director. Although Nick will have a new title at AMG, he’ll be doing the same thing he was as a designer: creating awesome ads for a long list of clients.

“When I started here, I was working mostly in production, getting final art out,” he says, “but as we’ve gotten more and more work over the last few years, we had to shuffle some stuff around and I eventually started getting my list of clients. I’ll be working mostly with the clients I already had, I’ll just have a shiny new title under my name.”

Nick’s work has won several awards, including a Silver ADDY in 2016 for the Protection Engineering Consultants website.