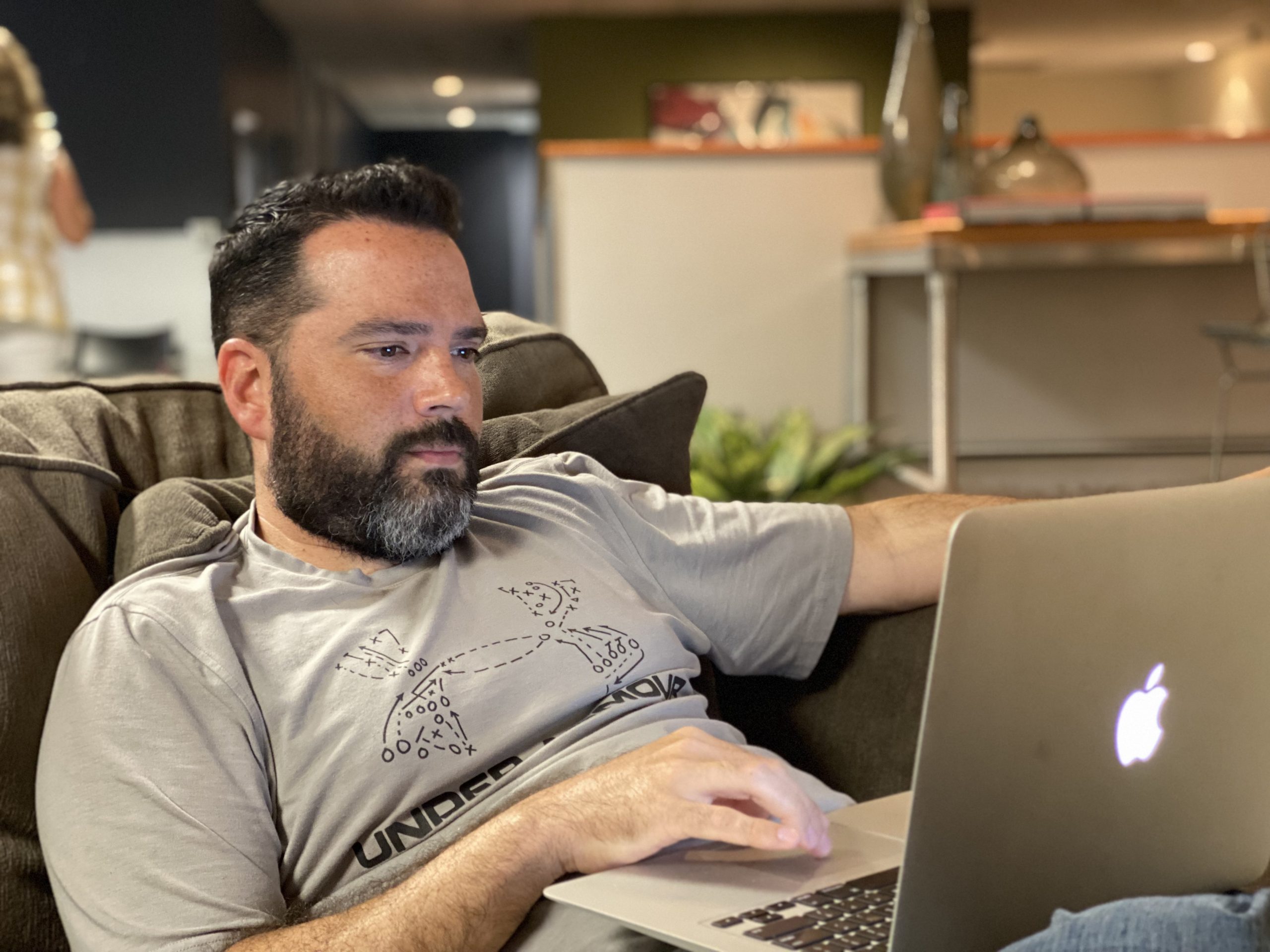 Orlando, also called “O” or “the widget whisperer” around the office, is AMG’s Senior Web Developer, capable of full-stack development. Translation: he’s the Swiss Army knife of the code world. He can write JavaScript with one hand and sip java with the other. He can enhance User Interface components on the front end of websites, or he can control the back-end servers and databases.

You could also consider Orlando a translator. He collaborates with clients to understand their needs and translates them into the most efficient code language to build their site. He also interprets between applications using server languages like PHP and Application Programming Interfaces to help them communicate better.

For example, the McNay Art Museum came to AMG with an outdated website and content management system. Orlando wrote code to translate their old data into new data sets that could be imported into the new WordPress website we built for them. But Orlando wasn’t always so savvy with servers.

In another life, Orlando was more comfortable rocking at the back end of a band than the back end of bandwidth. Think heavy metal drummer with a jean jacket from the ‘90s and you’ll have the picture. Even during his years as an Economics major at the University of Texas in Austin, his love for music was beating in the back of his mind – so much so that he interrupted his UT degree to study commercial music management at Austin Community College and become a recording engineer. It wasn’t long before he launched his own recording studio and record label back in his hometown of San Antonio.

Orlando recorded bands and mixed music for 15 years. He got married and started a family in that time as well. But in the late 2000s, the recording process and music industry took a turn Orlando didn’t like. With the advent of copy-and-paste songwriting and the growing emphasis on synthetic vocals, music became less about the art for Orlando and more about the technology we can use to manipulate it.

He started looking for a second career and remembered how much he enjoyed creating and maintaining his business’s website. It never seemed like work to him. That’s when he heard about an enterprising coding bootcamp poised to solve the shortage of web developers for hire.

From Coda to Code

Orlando was a part of Codeup’s first cohort in 2014. But he didn’t mind being the guinea pig; the intensive program had amazing instructors who taught him the fundamentals of programming in just 12 weeks. Coding’s logical algorithms and built-in need for problem solving naturally clicked with how his mind works. With the high demand for polyglot programmers, Orlando was hired in no time by a company that also spoke his language: AMG.

“Working with a really good team and great bosses is the reason I’ve been at AMG for 7 years. I know our art directors are always going to come through with a beautiful design and the copywriting is going to be spot-on for whatever website I’m tasked with programming.”

At AMG, Orlando has built websites for clients such as The McNay Art Museum, Freetail Brewing Co., Pizza Patrón, the Valero Alamo Bowl and the South Texas Medical Center. Even after launching a site, Orlando is busy running updates and keeping the many interconnected pieces of code in proper order. Unlike some programmers who prefer to speak computer language all day, Orlando enjoys interacting with clients and teaching them how to navigate systems and make changes themselves.

“Creating solutions that drive business for clients is really rewarding for me. I respect the business owners and marketing directors who trust us and I know the value of their trust from my time as a small business owner. So I don’t take it for granted.”

The Man Behind the Browser

We’ve learned a few of Orlando’s assorted titles: JavaScript Jedi, Bug Exterminator, Glorified Librarian. But he would tell you his most important titles are husband and father. He loves working from home because he gets to spend more time with his wife and two teenage daughters. When he doesn’t have his head in the cloud, you might catch Orlando cheering on the Spurs, playing golf, or breaking out his guitar.

We hope you have the chance to meet Orlando and see for yourself why we’re so fortunate to have him as an Andersonian.