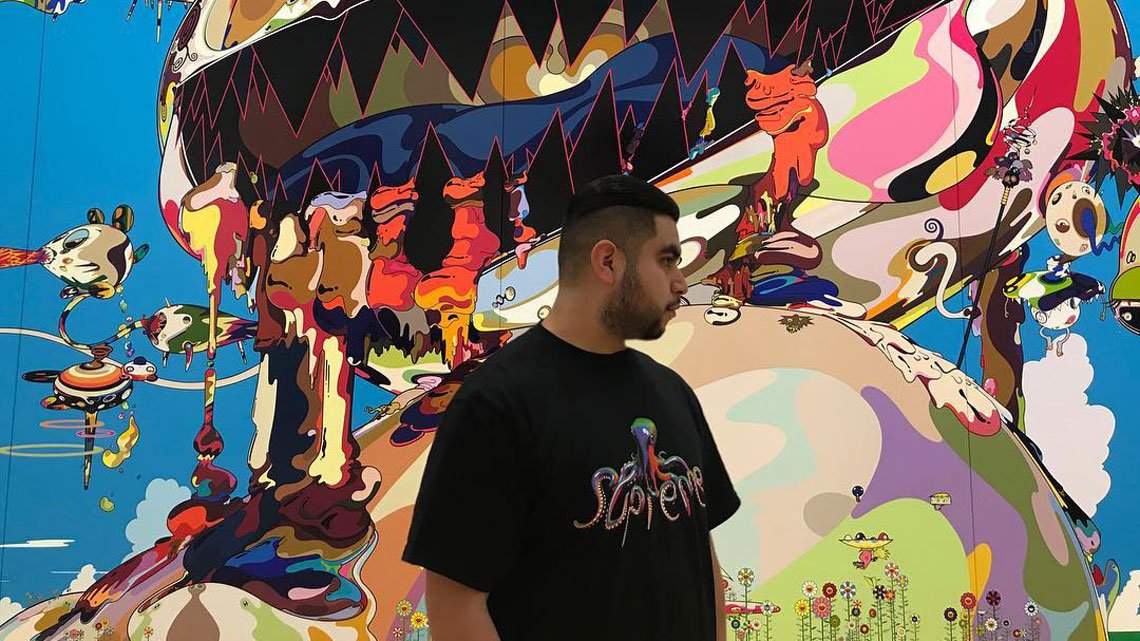 Who’s there to encourage the team when we need affirmation? Who’s there to bring a fresh perspective and cultural insights to brainstorms? Who’s always there to listen, make you laugh, and keep you honest on your biggest loser diet? At AMG, the answer’s always been Eddie. From his California roots to his San Antonio upbringing, he’s our Spanish-speaking, Marvel-loving, movie-referencing design maven.

Before coming to AMG, Eddie rocked the graphic design department at the University of the Incarnate Word, where he won multiple awards for his work and earned his Bachelor of Fine Arts. He secured an internship at Bromley Communications and became interested in AMG after hearing about our really cool clients. He was spot on, and a perfect fit.

With over three years at AMG, Eddie’s accomplished a whole lot in a little time, including being the lead art director on some of the agency’s biggest accounts. The proudest moment he’s had here was taking the lead on a creative RFP for the McNay Art Museum, a bid that received hundreds of entries nationwide. He and the team only had 6 days to put something incredible together.

“At the time, I thought it was a crazy idea, but the challenge engaged me even more and made me think of Mad Men. We had a couple of long work days and a few heart attacks, but we successfully submitted with 7 minutes to spare.”

The idea Eddie inspired, Creative Soup, not only won AMG the opportunity for a live pitch, it also won a Gold Addy and eventually the McNay account itself.

Eddie’s the kind of guy you want to share a beer with at a fantasy draft party, but you also won’t find a more driven dude who puts his level of passion into everything that interests him. And a lot interests him, whether it’s Japanese cars, soccer, clothes, battle royale video games or the backlit Mona Lisa from IKEA. And did we mention shoes? Because at any given moment, Eddie is sporting the most texturized, iconic, slick kicks on the market. But most importantly, he loves design.

“It doesn’t feel like work. I genuinely love what I do and I really think we are all very fortunate to do what we do every day.”

Whether he’s animating a motion graphics spot or packaging a logo, Eddie’s passion can be felt in all his work. That’s probably how he can grind and hustle on the daily, putting in extra hours and delivering his best when the pressure’s on.

We’re the fortunate ones to get to work with Eddie and watch his young career take off. He was recently asked by the San Antonio chapter of the American Institute of Graphic Arts to speak at a Hispanic design conference called Somos, though it was cancelled due to COVID. But still, a great recognition of Eddie’s talents. The future looks bright.

“I hope we make it out of these questionable times we’re in. I know we can do it. We can come out of this stronger and better than before. I see AMG being a staple in the local creative and business community and I love being an Andersonian.”