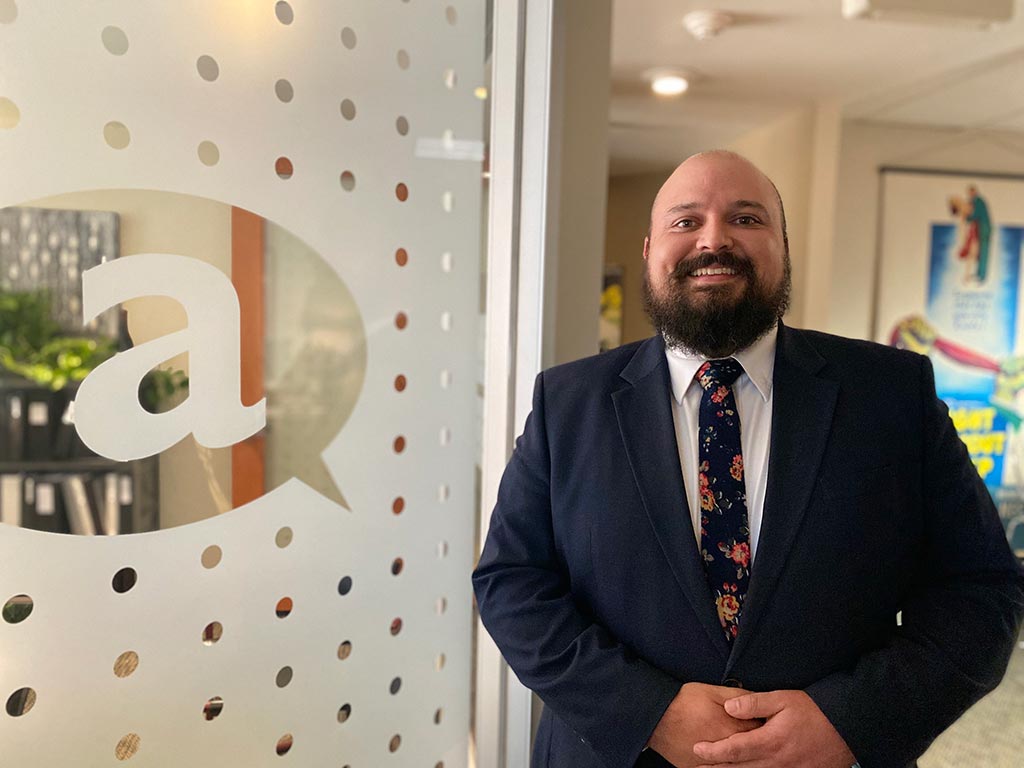 Dennis Ayotte, the agency foodie, undercover creative, and dog dad numero uno, has added another title to his growing list of distinctions. His recent promotion to Digital Strategic Director of AMG is simply the slam dunk of the alley-oop he threw himself after three years of hard work and initiative.

In his new role, Dennis will be leading digital strategy for all accounts, managing analytic reporting, overseeing the performance of web projects, and assisting with new business initiatives. But he’s not hanging up his account management hat. Dennis will still bring his best ideas and strategies to clients like The Alamo Colleges District, Freetail Brewing, the Valero Alamo Bowl and Sol Schwartz & Associates.

A native of Houston, Dennis moved to San Antonio to earn his Communications degree with credentials from UTSA and Northwest Vista College. He quickly fell in love with 210 City for its culture, tacos, and small-town, get-anywhere-in-20-minutes awesomeness. Dennis debuted on the marketing scene as the young live wire of a local print publication. He delivered the scoop on Spurs games and movie releases, interviewed his childhood idols, and reported on all the regional fiestas like Austin City Limits and South by Southwest. But even as a print writer in his twenties, Dennis sensed that the tremors of digital would grow into a marketing earthquake and so focused his career there.

Hungry for knowledge and a way to network with other young professionals, Dennis founded Ad 2 San Antonio as a nonprofit affiliate of the American Advertising Federation. His initiative paid off when another member recommended him to fill an account management role at a local agency. After acing the interview, Dennis took on the San Antonio Spurs account and made a name for himself synonymous with driven and innovative. He sharpened his creativity, pushed the boundaries with big ideas, and watched the evolution of digital like a hawk – all qualities that would define his career. That’s when he heard of an opportunity at AMG.

Dennis immersed himself in his new AMG clients, looking for opportunities to leverage digital data, develop interactive tools and online experiences, and scale campaigns using unique 1 of 2 digital tools. From day one, Dennis took initiative on many of the tasks he’ll now be performing in an official role. His constant pursuit is to break out of mainstream thinking, be responsive to cultural movements, and position AMG as a thought leader in a competitive industry, thereby helping clients and co-workers step up their game, too. And whenever he wanted to take a project to the next level, AMG gave him the autonomy to do so.

“One of the reasons I love AMG is that we have the freedom to think for ourselves, share our thoughts and run with initiatives. The leadership trusts and respects us as people and that empowers us to be at our best.”

It was this business environment that encouraged Dennis to challenge himself and achieve some of his proudest moments, like being on the team that won the McNay account and produced award-winning work for Freetail. What excites him most about his new role is implementing digital tactics that will give AMG clients the edge. The latest strategy Dennis is leading the pack on is adapting the cultural phenomenon of non-fungible tokens (NFTs) to boldly capture brand awareness. He also hopes to act as an assertive leader to help everyone around him redefine their limits and reach new heights.

“It’s good to be confident in your own success. But when you can inspire the people around you to strengthen their game too, that’s when you really shine.”

You’ll definitely want to get to know Dennis. You’re certain to come away from the conversation having learned something. His passion and digital fluency are evident and his competitive drive is contagious. Let’s put it this way, if Game of Thrones was real life, the family motto of Dennis the Driven would be Conversions Are Coming.

Whether you need a data nerd who can analyze campaign metrics to inform next steps or a strategy savant who can natively optimize assets across platforms, Dennis is your man. Or maybe you just want a friend who can recommend the best hole-in-the-wall taquerias and shoot a bucket of balls on the green, he does that, too. The guy is always above the fold and one of the most user-friendly fellas you’ll meet. Congratulations on a well-deserved promotion, Dennis! 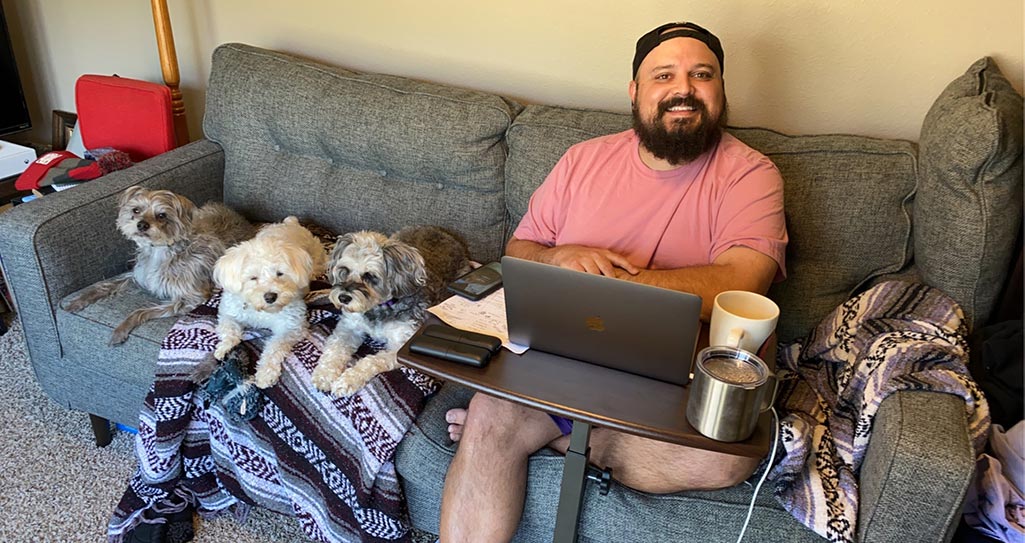