For the last 25 years, The Valero Alamo Bowl has commissioned an artist to draw the illustration that’s used in their marketing campaign. But last year was different. AMG was challenged to develop the entire 2019 look. We immediately saw the opportunity to make a cohesive campaign that works across all mediums. Because the game fell on New Year’s Eve, we knew we had to make this campaign like none other.

We took a simple but effective approach and ensured that the whole campaign was uniform. Our art directors highlighted one player on the game materials and digital ads, giving him a posterized look in our gold and black theme colors. We also used the same fonts and colors for the eblasts and social media components. We gave the game tickets a new look this year as well, with a sleek black-on-black blind emboss.

For the TV spot, we made the same player from the campaign come alive. In gold light, he acted out several football maneuvers as the VO stressed all the preparation that leads up to the bowl game. The result was a fully integrated campaign recognizable across all mediums.

This work for the Valero Alamo Bowl showcases that AMG can dominate event marketing, from the first illustration to the last firework. 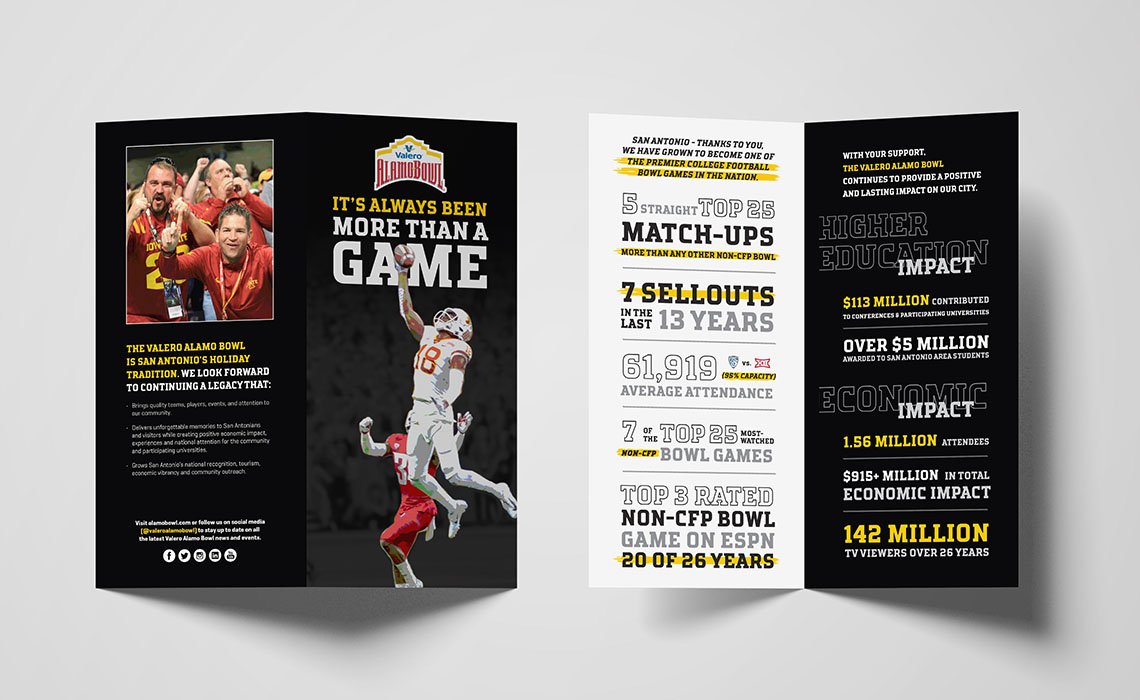 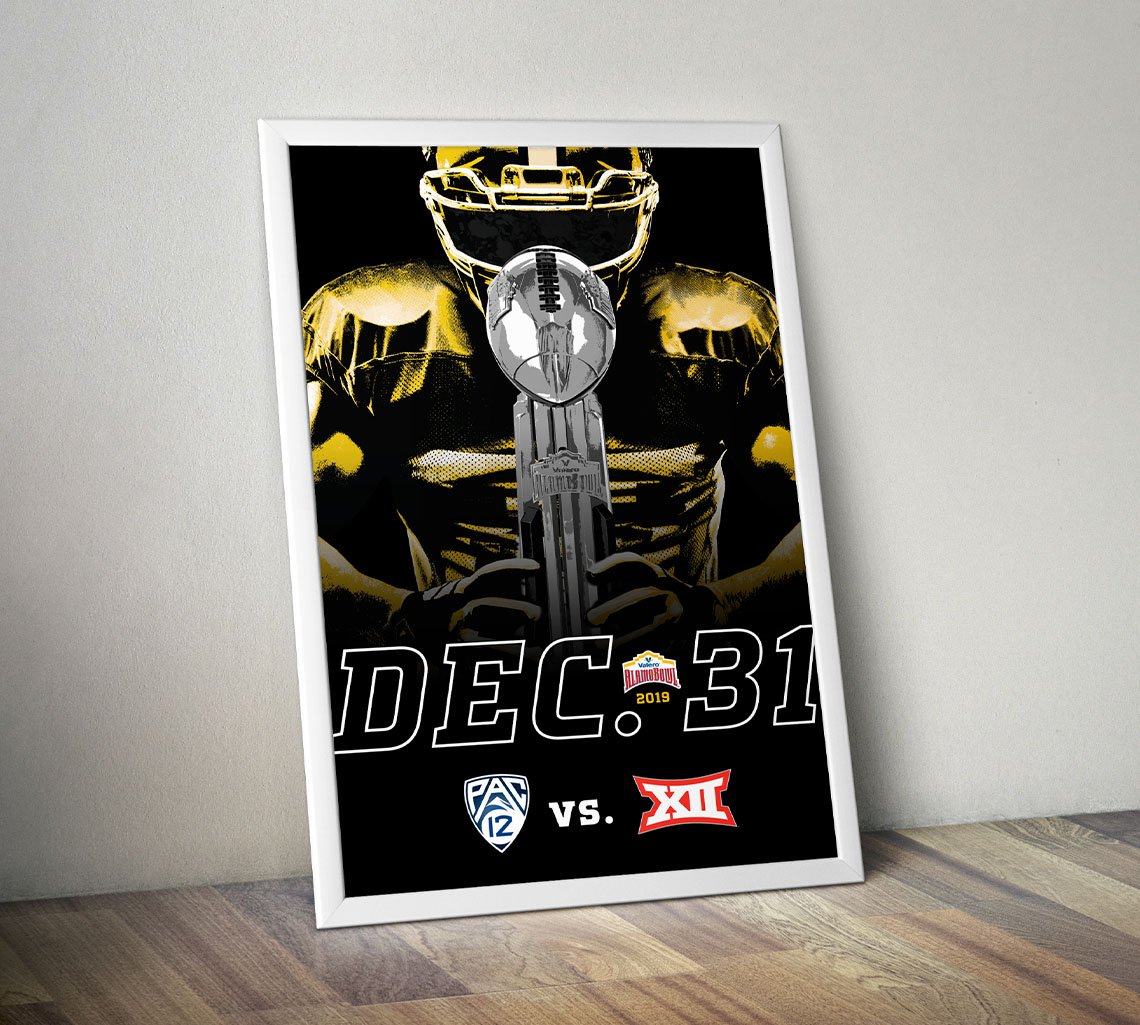 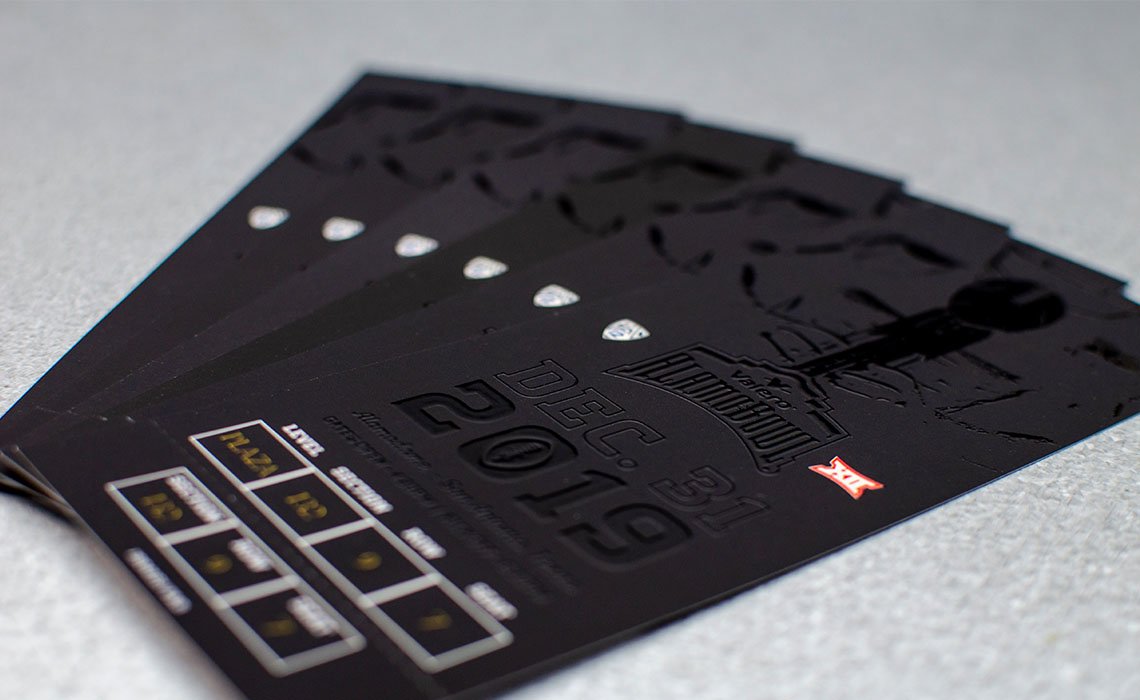 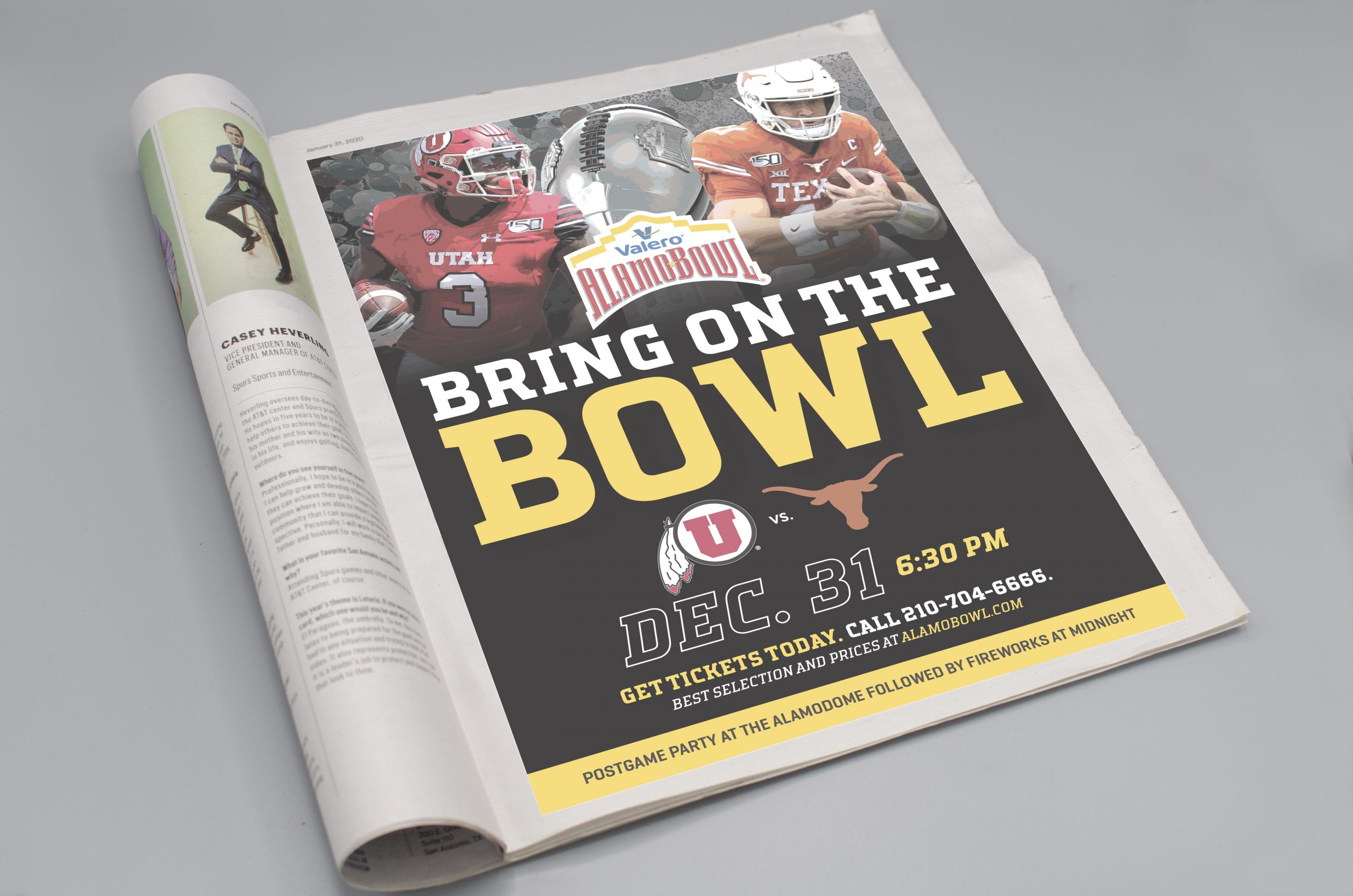