The San Antonio Stock Show & Rodeo first began in 1949, and has grown to be a San Antonio tradition. It lasts for 18 days and is one of the largest, most prestigious single events in the city, with over two million visitors entering the grounds each year. With community, donor and volunteer support, the organization has contributed more than $171.4 million to the youth of Texas through scholarships, grants, endowments, auctions, calf scramble program and show premiums.

AMG has been part of the Rodeo family since 2008. Since that time, our primary goal has been to help increase traffic to the event – a continual challenge – by appealing to those individuals and community members who aren’t necessarily diehard rodeo fans, country music lovers or somehow involved in agriculture. A secondary goal in 2016 was to grow attendance on the Thursday that the event kicks off. Historically, this has been a low attendance day since many people were under the impression that Opening Day at the rodeo was Saturday, not Thursday.

AMG developed creative that not only featured indoor rodeo arena action, but also showcased the different attractions and activities featured on the grounds. TV featured traditional fair action, including the carnival, midway and the always popular fair food, as well as educational and interactive animal exhibits. We did this without compromising the feel and tradition of the signature event – the internationally recognized rodeo, and of course always ending with “Let’s Rodeo San Antonio” call to action.

To address the other challenge, we added a Thursday Opening Day callout to the traditional entertainment poster/ad that is published on a weekly basis beginning in January and running through mid-show. We also developed aggressive standout online and print ads, along with radio and outdoor that leveraged events and attractions happening exclusively on Opening Day. 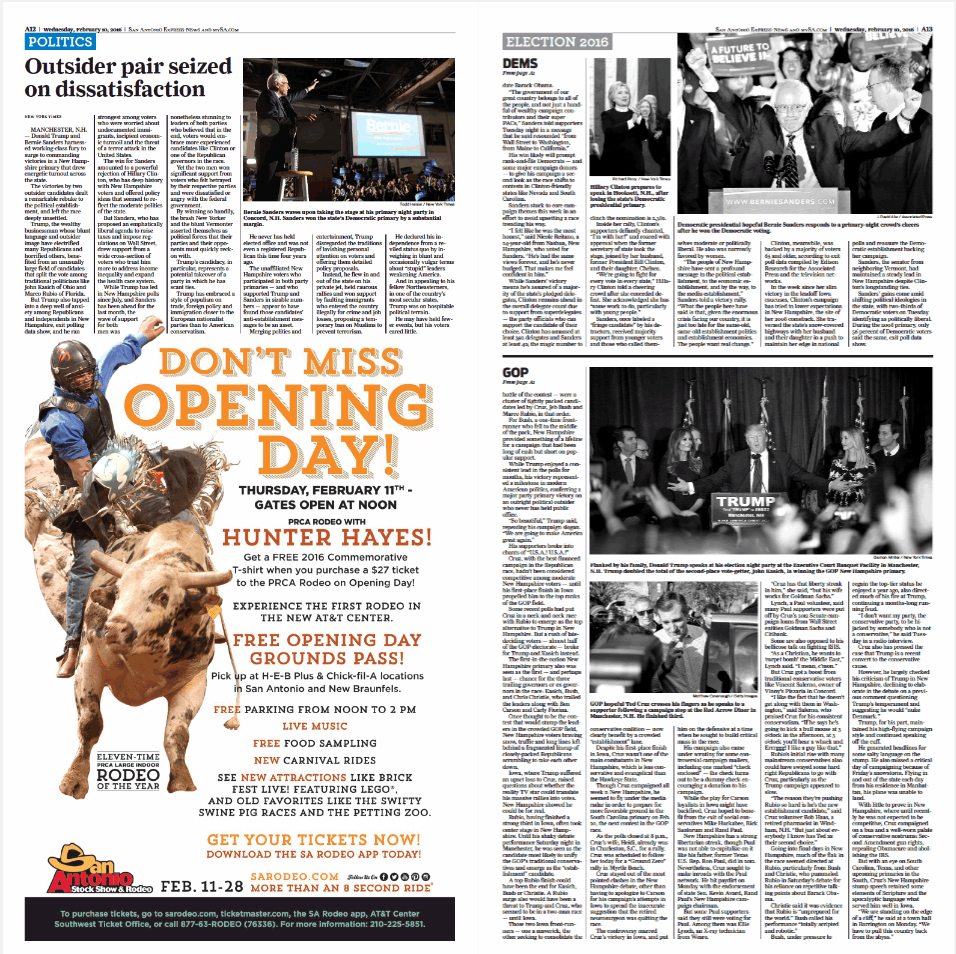 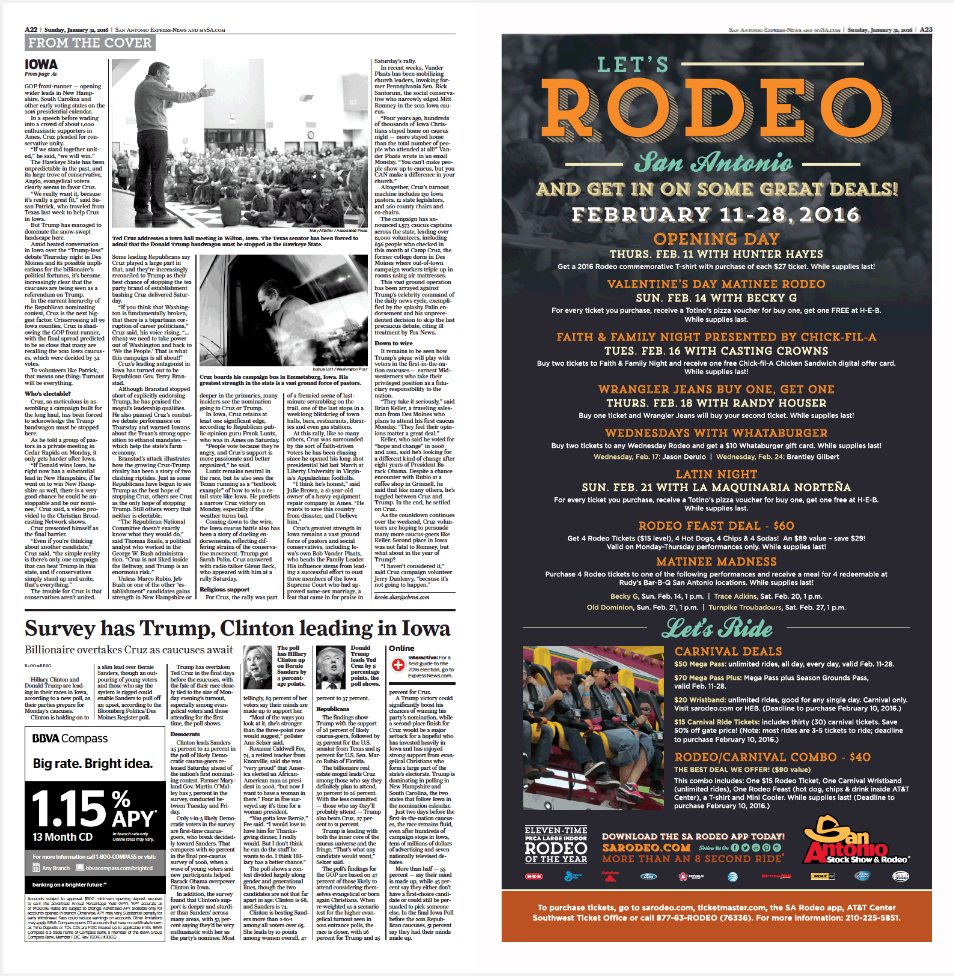 The Opening Day promotion was a tremendous success with over 90,000 attending. That’s almost double the previous Opening Day record.